On Insurrection in the USA 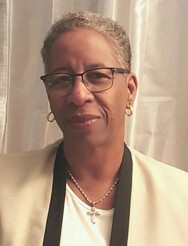 Wednesday, January 6, 2021
The Feast of Epiphany

A pastoral letter to the Christian Church (Disciples of Christ) of Northern California-Nevada.

I fully own the political nature of this letter.

Events on each of these dates brought death and anxiety to our country. They created moments of questions and soul searching. These dates do not include the countless deaths of unarmed Black men and women by law enforcement, days which continue to cause pain in communities around the country.

The President of the United States today urged the people to storm the Capitol and they did. And he has since tweeted that he was cheated, and this is this violence is the result of people being denied their way in an election. Let me say here that I have voted for many candidates who have lost elections, I have not known anyone to wage war on our institutions as a result.

Rudy Giuliani, who many considered a steady hand in the days after the World Trade Center and other buildings were destroyed, and who lost that reputation years ago, today urged people to settle the election that is already settled with “trial by combat”. They did.

And then the President and Mr. Giuliani went home, or somewhere.

Like many of you, I turned on my television this morning eager to learn if the second Senate race in Georgia had been resolved and then to watch what I hoped would be a spirited Congressional debate that would in the end ratify the elections of President-elect Biden and Vice-President-elect Harris. Instead, I have sat stunned in front of my television and my computer screen watching an insurrectionist mob invade the US Capitol. Windows were broken, offices were occupied and vandalized. Some men tried to take down the flag of the United States of America and to replace it with a Trump flag.

Peaceful and loud protest is within the rights of the people gathered in Washington, DC in these days. But this is not that. What we witnessed today was a seditious riot and a coup attempt, fomented by the President of the United States.

We do not have to think very hard to imagine what would have happened if these folks had been with Black Lives Matter or any other group acting in this dangerous way. What we have seen today was frightening, maddening, heartbreaking, and unlawful. It is tragic; a woman was shot inside the Capitol building and has died. There are people with blood on their hands and they must be held accountable.

So, what do we do? We pray, we advocate for justice, and that a peaceful transfer of power will still happen, and that on January 20 Joseph Biden and Kamala Harris will be sworn in as President and Vice-President of the United States.

We urge the Cabinet and Congress to consider whether this nation can withstand having President Trump in office for two more weeks.

These are difficult days, and it may be a long night, but I believe daylight and reason will come in the morning.

Praying with you in love and eternal hope for justice and peace.

Epiphany celebrates the manifestation of Christ to the Gentiles as represented by the Magi when they visited the child Jesus (Matthew 2:1-12).  Epiphany marks the end of Christmas on the liturgical calendar followed by a brief period of Ordinary Time before Lenten season begins.  Epiphany fell on Wednesday, January 6 this year. Unfortunately, Epiphany was overshadowed by an act of insurrection in our nation’s Capitol which left many asking, “How did we get here?”  The list of issues this event brought to light are too numerous to address in the space I have budgeted for this article.  I’m sure that for many years there will be plenty of secular and religious authorities dissecting what led to this act of terrorism.  And yes, I use the word terrorism since the definition of the word is, “the unlawful use of violence and intimidation, especially against civilians, in the pursuit of political aims.”  I will defer to our Regional Minister to address the racial implications of this incident.  As a person of color, she has far greater authority to speak about this than I. What I want to address here in the role that Christians played in this tragic incident.

As I watched the events unfolding on my live newsfeed, I took note of the flags on display.  Of course, there were the “Trump 2020” flags waving around which wasn’t at all surprising.  There were plenty of American flags too.  I could go on a tangent about how these flags were inappropriately handled and displayed but again, I’ll leave that to those with more authority on the subject.  What caught most people’s attention was the presence of the Confederate flag inside the Capitol building, which is problematic since the Confederacy lost the Civil War 155 years ago.  What bothered me most was the presence of the Christian flag, which is displayed in many congregations in the United States including ours. That means that there were people who identify as Christians who took part in this shameful display of sedition.  And yes, I use the word sedition since the definition of the word is, “conduct or speech inciting people to rebel against the authority of a state or monarch.”

The question I want to raise is, “If Christians are the ambassadors of Christ in the world, why were they there at the Capitol participating in such a shameful act?”  As a pastor in the Christian Church (Disciples of Christ), I want to be clear that what happened at our nation’s Capitol had nothing to do with the historical Jesus of scripture who reveals the nature and character of God through his life, death, and resurrection. These acts do not represent the one who we confess as the Christ and Son of the Living God. To put it bluntly, the presence of that flag and what it supposedly represents was blasphemous. Why?  Because it was a pathetic attempt to amalgamate a toxic political ideology with the Good News of Jesus Christ.

This is a time when we need to humbly allow Jesus to shape us and mold us into those who bear the light of God’s love in this world.  We are the Christian Church (Disciples of Christ).  We are a movement for wholeness in a fragmented world, and yesterday’s debacle leaves no doubt that our nation and world is indeed fragmented. What happened on Epiphany 2021 reminds us that we live in dark times.  But remember that Jesus taught us that God’s light shines through the darkness and the darkness shall not overcome the light.  Epiphany also means “a moment of sudden revelation or insight.”  I hope that as Jesus’ followers we gained some Divine revelation and insight on Epiphany.  When Jesus was asked what the most important thing we can do as ambassadors of God, he said we need to love the Lord our God with all of our heart, mind, soul, and strength and to love our neighbor as we love ourselves. Scripture teaches that the world will know we are followers of Christ because we will be marked by a love like his.  In the midst of this broken world, let us lead by example and may Christ’s love be our only banner.